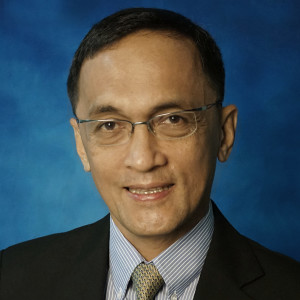 His passion is to help leaders maximize their impact to transform society for the glory of God. Aside from teaching transformational leadership at IGSL, he conducts seminars and coaches officers from the military, police, fire, and jail services.

After earning his commission as a Navy Ensign in 1983, he served with the Philippine Coast Guard. He later joined the faculty of the Philippine Military Academy (PMA) where he initiated measures to improve the education and training of the cadets.

In 2005, he conducted a year-long study of leadership training in the military academies of Japan, Thailand, Indonesia, and Malaysia as a senior research fellow of Asian Public Intellectuals program of the Japan Foundation.  He retired from the military in 2007.

Dr. Morales was recognized by the Metrobank Foundation’s Search for Outstanding Teachers in 1996.  He was also a TOPS (The Outstanding Philippine Soldiers) awardee.  He is featured in the book Ten Outstanding Filipino Teachers by Dr. Queena Lee-Chua.

After hours, he loves to hang out with a motley group of men to exchange war stories, discuss questions about God and life, hold each other accountable, and pray for each other. Some of their musings are captured in the Facebook group “Men Reasoning Together”. On starry nights, he is easily provoked to give impromptu lectures on astronomy. He loves to talk about World War II, especially when touring Corregidor.

He and his wife Lillian are from Davao City. They have three grown children, a son-in-law, two grandchildren, and one Yorkshire terrier.