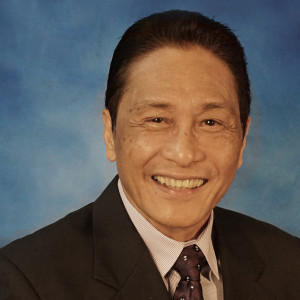 Rev. Dr. Rey Taniajura has been Adjunct Professor at IGSL since 2004. He is an ordained minister with Grace Communion International – Philippines. He has served as a pastor for 16 years, as well as denominational leader and mission director for more than 20 years. He was National Director of the Philippine Missions Association for three years.

Presently, he is the academic dean and head of the graduate school of the Asian School of Development and Cross Cultural Studies/Philippine Missionary Institute. He represents William Carey International University in the Philippines as an adjunct professor.

He co-authored the book A Church in Transition: The Story of Grace Communion International, Philippines, and contributed in the books, Emerging Missions Movements – Voices of Asia and Discipleship in the 21st Century.

He is passionate in teaching students in the areas of worldview change and mission; community development and transformation; spirituality, Christian discipleship and spiritual formation; and, conflict management and restorative justice.

Dr. Taniajura is from San Pedro City, Laguna. He is married to June, and they have a grown son, Darryl Ray. His favorite pastime is reading and looking after their two Shih Tzu dogs, Hiro and Keiko. He also plays table tennis and chess, as well as the guitar and harmonica.